August Happenings at the Cabin in the Woods

Show Us Your Fabric 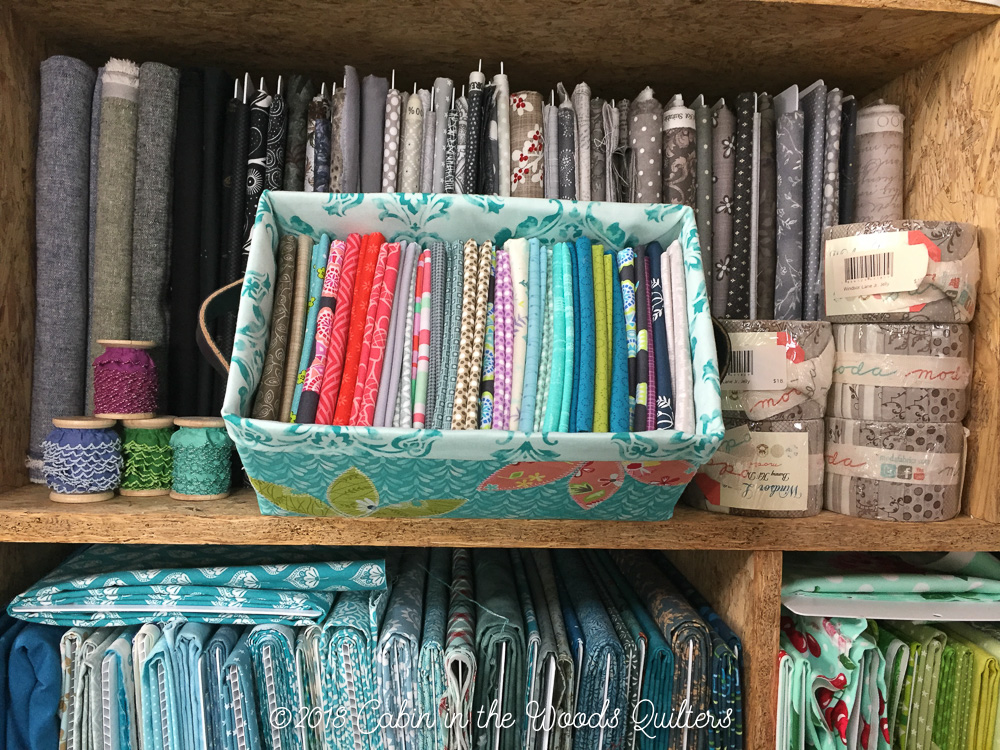 Hello there gentle readers…. As I have stated many times during classes and workshops… sign up for my newsletter and blog posts… cause I won’t spam you with email.  Clearly […]

Happenings at the Cabin

Good Afternoon Gentle Readers… As promised… I definitely don’t post “too much”.  Not enough is much more accurate.  So I thought I would take today to update some of the […]

It’s back to the New Year… and back to the daily grind here at the Cabin.  (Not that we haven’t been working the entire time… because we have… but mostly […]

Merry Christmas and Happy New Year to everyone. We have been offline getting working on sending out packages to distributors and following up on our contacts from Fall Market.  Our […]

Several years ago a sewing friend made me the most wonderful little gifty.  She took a make and take class on making a curling iron cozy out of a dollar […]

We have been working super hard the last few months on lots of new projects for Fall Market 2014 with every intention of blogging throughout.  Unfortunately we were so busy […]

Back from the islands with a little surprise.

Hey Gang.  My gang and I made it back from the islands and we have reopened for business today as promised.  We opened this morning to a ton of paperwork, […]

Greetings from the Keys

Hi Gang! As many of you know… we here at CWQ are on hiatus until next week.  I have been enjoying a little family time and getting some much needed […]